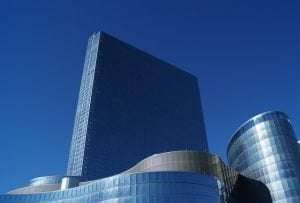 If you are a shareholder in an S Corporation and you also work for that S Corporation, it is critical that that you pay yourself a reasonable wage. Many S Corporation owners take little or no compensation in the form of wages and, instead, disproportionately pay themselves in the form of distributions. This can lead to costly consequences, and can also wreak havoc in the event that the S Corporation winds up in collections with the IRS. It can also cause trouble in an audit or even cause the IRS to initiate an audit. This article will explore the issue of reasonable wages for S-Corp owner/employees, explain the potential consequences for such an owner/employees failing to take reasonable wages, and provide guidance on how to avoid falling into this common trap.

Reasonable Wages for a S Corporation Owner or Employee

Distributions of the S Corporation’s profits, on the other hand, are not subject to these withholdings. Rather, the profits of the S Corporation flow through to its shareholders and are taxed as ordinary income on the shareholders’ individual income tax returns. Thus, in the context of compensating an S Corporation owner/employee, there are generally more overall taxes associated with wages than there are with distributions. This makes it tempting for the owner of an S Corporation to pay as little as possible to himself in the form of wages, and instead take much or all of his income from the corporation in the form of distributions, thereby avoiding the Social Security and Medicare withholdings and avoiding the employer matching components on his distributed income.

It is important to note that there is nothing wrong with distributions per se. However, if an owner/employee fails to take reasonable wages for services rendered, then the distributions that the officer took–up to the amount that would be considered reasonable wages–can be reclassified by the IRS as wages. This will result in a tax liability for the S corporation plus penalties and interest.

To illustrate, let’s say that over the course of a year, the sole shareholder of an S Corporation receives $100,000 in wages from the S Corporation, and that after paying these wages and all other expenses, the company breaks even (has no net income and no loss). For the purpose of this illustration, I am disregarding income tax withholdings, as the owner/employee must pay income tax whether the moneys come in the form of wages or distributions.

Whereas the $100,000 was paid in the form of wages, the amount required to be withheld from the owner/employee’s paychecks for Social Security and Medicare would be $7,650 (6.2% Social Security + 1.45% Medicare). On top of this, as the employer, the S Corporation must also pay a matching portion of $7,650. In this example, the total paid for Social Security and Medicare on the compensation is $7,650 (Employee withholding) + $7,650 (Employer portion.) = $15,300. Note that the S Corporation would also have to pay for FUTA, Unemployment Taxes–a relatively small amount, but more money out of pocket nonetheless.

Although the result of taking distributions instead of wages may sound enticing for the S-Corp owner/employee, there are a number of potentially serious consequences for taking this approach. First, it is illegal under the tax laws. Second, it could prompt or increase the chances of an audit. Third, there is a potential for a hefty negligence or even fraud penalty. Fourth, once the IRS realizes what the owner/employee did, it will very likely reclassify some or all of the owner/employee’s distributions as wages. This will result in 941 and 940 (employer withholding tax) liabilities for the S Corp, plus penalties and interest.

Finally, should the S-Corp wind up in collections with the IRS for any kind of unpaid taxes, the failure to pay reasonable wages to the owner/employee could prevent the S-Corp from being eligible for tax resolution strategies such as an Installment Agreement or an Offer in Compromise. If a business in collections with the IRS is not eligible for a tax resolution strategy, the result is often enforced collections such as bank levies, accounts receivable levies, and the seizure of assets. This can ultimately lead to the demise of the business, and financial ruin for the owner/employee. Thus, taking unreasonably low wages is a very risky business, and should be avoided.

This raises the question: What amount of wages for the owner/employee would be considered reasonable? The tax code does not specifically state what an S-Corp owner/employee’s wages should be, and, unfortunately, this can often be a gray area.

There are court decisions that shed some light into this gray area. In one such case, the IRS reviewed the wages and distributions of an accountant. The accountant who was the sole shareholder, officer and employee of the corporation paid himself $24,000 in wages and $200,000 in distributions. For an accountant, the wages appeared to be too small, especially in relation to the total income. The IRS determined that the fair market value of his services should have been $91,000, not $24,000 and therefore reclassified $67,000 worth of distributions as wages.

I would also recommend that S-Corp owner/employees ask themselves the following questions:

Finally, it is a good idea to seek advice from a qualified tax professional. Just be careful. I’ve had an astonishingly high number of S-Corp owner/employee clients whose CPA advised them not to pay themselves wages (while taking distributions instead). If you are an S-Corp owner/employee and your CPA has given you such advice, consider terminating your relationship with your CPA and get a second opinion. If you are taking significant distributions and no wages, the IRS likely will not be lenient with you even if you were following the advice of a professional. If, on the other hand, you are paying yourself wages that are at least arguably reasonable and the amount of those wages was recommended to you by a tax professional, I would expect the IRS to be relatively lenient if it starts to analyze the reasonableness of your wages and determines that your wages are too low.

David not only earned his Juris Doctor from the University of Idaho, he also earned an LL.M. in Taxation (this is a post-doctorate Master's Degree) from the University of Washington. He holds a license in good standing with the Supreme Court of the State of Washington. David Petzinger has never been disciplined by the Washington Bar Association. Prior to joining Fortress, David worked for the prestigious Seattle law firm, K & L Gates, where he was involved with a variety of large civil litigation cases. He possesses polished negotiation and advocacy skills derived from his previous experience as a criminal defense attorney. David also gained experience representing taxpayers before the Internal Revenue Service and in United States Tax Court before he joined Fortress. David's education and experience in tax law coupled with his strong ability to negotiate make him a very effective advocate for taxpayers facing America's most formidable creditor-the Internal Revenue Service.