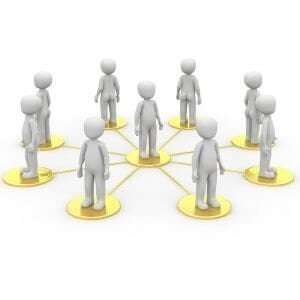 On December 4th, 2015 President Barack Obama signed into law the “Fixing America’s Surface Transportation Act” to improve the Nation’s surface transportation infrastructure. Also referred to as the FAST Act, the legislation included a provision which requires the Internal Revenue Service to outsource certain tax debts to private debt collection agencies. The idea behind the provision is to generate income which will act to offset the cost of the highway trust fund needed for the FAST Act.

Private Collection Agencies Used by the IRS Under FAST Act

This outsourcing provision, however, could be problematic for multiple reasons. Understand, the Treasury Secretary already had the authority to decide to contract with private collections agencies, without this provision being implemented, but chose not to. Based on prior attempts to outsource collections, it is a fair assumption that the Secretary is hesitant to think it will be successful. Before I cover why it might be problematic, let’s get a basic idea of what it entails, and how and when it will go into effect.

Under this new law, the IRS is directed to use private collection agencies to pursue inactive tax receivables. An inactive tax receivable is generally a case that is well outside the scope of a standard collections case for the IRS. These debts have typically gone inactive because the IRS either does not have the time or resources to pursue them. In some cases, the debts are inactive because the taxpayer is unable to be located.

To be eligible, at least one third of the statutory collections period of ten years must have lapsed, the debt must have been removed from the active inventory of IRS Collections, or, if it is still in the active inventory, more than 365 days have passed since there was any interaction with the taxpayer or their representative(s).

After contracts have been entered into with private collections agencies, cases have been identified as eligible for outsourcing, and the agencies have begun their work pursuing collections, Congress requires that the Treasury Secretary will submit two reports to the proper Committees in the House of Representatives and the Senate.

The first report is an annual report to be filed within 90 days after the end of each fiscal year. This report focuses on the bottom line dollar figures of the program. It will outline the number of receivables provided to each contractor for collection, the total amounts collected by each contractor, and the collection costs incurred by the IRS. Basically, this report will be used to identify the income and expenses of the program, in dollars and cents, so as to determine if the program is cost-effective.

While the first report will quantify any fiscal problems with this outsourcing program, the question is whether the second report will identify and explain more subjective problems in using private collections agencies.

This is not the first time the U.S. has decided to have the IRS outsource certain collections functions to private companies. In recent history, we have seen it twice in the past twenty years. In both instances, outsourcing was ceased due to considerable problems.

Not only did that 1996 pilot program stop abruptly due to the widespread violation of taxpayer rights, but it resulted in a net loss of millions of dollars to the federal government, while many of those private agencies saw huge profits.

Less than a decade later, Congress decided it was time to try outsourcing tax debt collections again. In 2006 the IRS once again contracted with private collections agencies. Once again, the IRS saw a net loss of millions of dollars despite original projections claiming the program would be profitable.

That program ran from 2006 to 2009. During that time, the IRS was required to submit routine reports to Congress, similar to the ones required under the FAST Act. At the time, the IRS National Taxpayer Advocate was Nina Olson. She took considerable exception to what was taking place under the outsourcing program.

For one thing, she noted that the private companies were not required to disclose to the IRS or Congress their training materials, scripts, letters, or operational plans relating to taxpayer contacts. In other words, the way in which these companies went about their business of pursuing the tax debts was not subject to review. After having already seen widespread violations of taxpayer rights in the 1996 program, it was particularly surprising that Congress was allowing these agencies to operate without any such monitoring.

What are the practices that the private agencies use for collections? Generally, they consist of letters and phone calls. What those letters and calls entail was known only to those agencies and the taxpayers they contacted.

It is worth noting that the IRS has the legal authority to levy bank accounts (i.e. take money directly out of a taxpayer’s bank account), garnish paychecks, seize taxpayer assets, file liens on taxpayer assets to have a secured interest in them if they are ever sold, and issue court Summons to compel taxpayers to comply with IRS demands (the violation of which results in the taxpayer having to go before a federal judge), among other things. The IRS also has government records from all federal agencies at its disposal to seek out taxpayers. The reach of the IRS, in other words, is very, very long. The term “the long arm of the law” exists for a reason.

Another problem with the outsourcing program is the lack of a comprehensive resolution for the taxpayer. Private agencies are handed a debt to collect and the agency sets out to collect it. Rarely, though, are collections cases clear cut. Fortress Financial Services attorneys have decades of combined experience. Across the board, we can all tell you that many, if not most, cases are far more complex than simply resolving a single debt.

Taxpayers may owe tax debts for multiple years. They may also have returns that are unfiled for multiple years, and they might not even know which years have yet to be filed. In some of those cases, the taxpayer may no longer have access to the records necessary to prepare the missing returns.

When dealing with the IRS, government employees can inform the taxpayer which returns still need to be filed. They can also provide the taxpayer the basic income information they would need to at least complete a basic return for those missing years. And, once everything is up to date, the IRS can resolve all of the various debts in one form of resolution.

In contrast, private agencies do not have access to any of that information. They simply have whatever debt has been assigned to them to collect. If that means they are collecting on one year while the taxpayer actually owes for three years, the taxpayer is going to be forced to resolve more than one case resulting in multiple payments, the sum of which they simply cannot afford.

Another significant problem this time around relates to another article I wrote recently. There are a number of criminals currently posing as IRS employees and threatening taxpayers if they do not pay. These criminals are conning taxpayers out of their money. Considering the history of problems with private debt collectors pursuing tax debts, this seems like very bad timing. Now, not only do taxpayers have the IRS coming after them, they also have to discern whether a private collector is a con-man or a legitimate collection agency.

In the past, we have seen IRS outsourcing cost our government millions of dollars. We have also seen taxpayer rights violated and taxpayers abused by manipulation and intimidation. Now we have the added complexity of widespread fraudulent and criminal activity.

Whether Congress has learned from those past lessons and has considered the current fraudulent activity, remains to be seen. The first report due to Congress by the end of this year will at least tell us whether or not this is a cost-effective program. If rights violations and abuses take place, though, we may not know until the end of 2017 at the earliest.