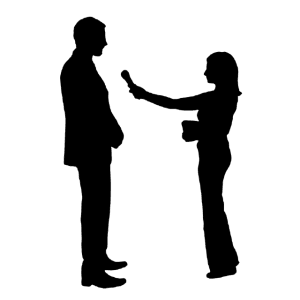 Earlier this year, I received a voice message from a producer for a television show called Moving America Forward, hosted by William Shatner.  The message stated that they were interested in speaking with me about possibly appearing on their nationally broadcasted television show.

I was intrigued to say the least.  Although I know that my firm provides a phenomenal service and is a leader in our industry, it isn’t every day when a 27-person firm in Bend, Oregon is considered to appear on national TV with a celebrity the likes of William Shatner.

With curiosity and caution, I returned the producer’s phone call.  She told me that their TV show features exceptional small and medium-sized businesses in America, and that they were interested in doing a feature on a business in the tax resolution industry.  Apparently, they had researched the tax resolution industry, they liked the Fortress website and videos, and they were impressed with our A+ Better Business Bureau Reliability Rating.

After a vetting process where I participated in a telephone interview and completed a written questionnaire, they informed me that they had selected me, on behalf of Fortress Financial Services, to appear in an upcoming episode.  The next thing I knew, I was on an airplane heading for Los Angeles.

When it came time for the shoot in their studio, I fielded questions from both William Shatner and Doug Llewelyn.  We discussed a variety of tax resolution topics, including offer in compromise (OIC), installment agreements, penalty abatements, tax liens, and tax levies to name a few.  We also touched on how Fortress Financial Services is unique in the tax resolution industry in that it is the only significant national tax resolution company where every case is handled personally by a licensed tax attorney.

At the end of the shoot, Mr. Llewelyn presented me with the Moving America Forward Award.  What an honor!