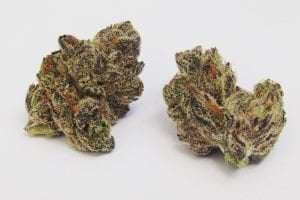 Since 2012, the legalization movement for cannabis has taken the country by storm. Starting with Colorado and Washington in the 2012 election, marijuana has now been legalized in 10 states over the past 6 years. Medical marijuana laws are in effect in a majority of American states, with no apparent regard for political stripe (Utah was the latest state to legalize medical marijuana, along with such red states as Arkansas, Louisiana, Montana and Florida). All told, more than 200 million Americans live in a state where cannabis is legal in some form or another.

Despite this sea change in attitudes toward marijuana, the plant remains illegal in all forms under federal law. In fact, marijuana is still deemed by the Drug Enforcement Agency to be a schedule 1 controlled substance, defined has having no accepted medical use and a high risk of addiction and harm to the user. Marijuana is, in fact, deemed more dangerous than schedule 2 drugs, which include cocaine, methamphetamine, oxycodone, and Vicodin. (Yes, you read right: methamphetamine.)

Despite their illegality, anyone trafficking in a schedule 1 or 2 narcotic is required to pay taxes on the revenue earned in their “criminal” enterprise. Yes, in addition to facing potential federal prison time, drug sellers usually face a hefty IRS tax liability if they don’t keep their books in order.

Not only that, the taxes they pay are usually about triple or quadruple those faced by businesses who don’t traffic in illegal narcotics. That’s because Internal Revenue Code Section 280(e) disallows any business trafficking in a controlled substance from deducting “ordinary and necessary business expenses.” Such businesses are, however, allowed to deduct the Costs of Goods Sold (COGS).

In other words, if you are a marijuana farm operating in Oregon, Washington, California, Colorado, or one of the other states where cannabis is legal for adult use, you’re prohibited from deducting a laundry list of business expenses, including technology, legal fees, wages, rent, fuel, vehicle costs, etc. The same is true of other marijuana businesses down the supply chain, such as processors or dispensaries. While marijuana businesses can deduct the COGS (including soil, nutrients, water, some portion of the rent and wages, etc.), this is small comfort to a business awash in unpaid invoices.

Some CPAs specialize in “280e” and assist marijuana businesses in pooling as much of their costs as possible under COGS, while limiting (or outsourcing to another entity) those expenses that would fall under “ordinary and necessary business expenses.”

This phenomenon also affects how businesses may choose to be structured. S-corporations, which are attractive for their lack of a corporate income tax liability, may be troublesome for marijuana companies, whose owners would then face personal income tax on income they didn’t actually receive. As such, owners of corporations or LLCs often choose to be taxed as a C-corporation to shield their personal assets from the IRS in the event an audit determines that the creative tactics devised by a 280e accountant didn’t comply with the code.

Still, the other forms of tax liability, including 941 employment taxes and state or local sales tax – combined with the 280e carve out – mean that the average marijuana business is handing over a far greater share of its green to Uncle Sam than, say, a potato farm. And this is the way it’s going to be until Congress takes marijuana off of the Controlled Substances list, or amends 280(e).

This means that, in addition to retaining a CPA who knows what she’s doing when it comes to allocating costs and helping you keep the books, you may want a tax resolution attorney’s phone number handy. When any business is going through trying times, they frequently cut corners on the business expense that seems least urgent. That often includes federal taxes, which – once you’ve skipped a payroll tax deposit or quarterly income tax payment – often sit on the back burner for months or even years before a stern Revenue Officer bothers to show up and collect what’s due.

As a former cannabis attorney, I have experience assisting marijuana entrepreneurs in forming their business entity, and continuing to juggle the headache of taxes, licensing, and day-to-day operations on an ongoing basis as their business grows. The legal marijuana industry has been spotlighted as the next big thing, with attenuated tech, agricultural and professional industries buzzing about the options for applying their skills to tag along with the “green rush.” But for those dealing directly with the plant, its been anything but a pot of gold at the end of a rainbow.

If you are in this industry and find yourself strapped with unpaid taxes, the good news is that the tax debt very likely can be resolved, particularly with the right professional assistance. You might even qualify for a settlement for a fraction of the amount owed. We have professionals on staff here at Fortress who would be happy to discuss options with you. All you need to do is contact us.