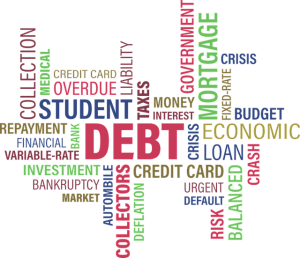 Laws often appear to be very black or white. But, real life can feel more like one big gray area. As a governmental entity, the IRS is required to treat all taxpayers equally. With regard to evaluating Offers in Compromise (tax settlements), this means that the IRS has set standards for how they review the financial condition of businesses and individuals.  The vast majority of the time when the IRS approves an Offer in Compromise, it is because the taxpayer’s income, allowable expenses, and equity in assets applied to a mathematical formula indicate that the taxpayer is unable to repay his or her tax debt in full.

Offer in Compromise based on Effective Tax Administration

What happens, though, when there are enough assets or income to full pay, but forcing a taxpayer to do so would still go against all that is fair and just? In that situation, the taxpayer might want to attempt an Offer In Compromise based on Exceptional Circumstances (also known as Effective Tax Administration).

There are three types of Offers In Compromise with the IRS: Doubt As To Liability, Doubt As To Collectibility , and Exceptional Circumstances. Each is essentially what their respective title claims.

A Doubt As To Liability Offer is what a taxpayer files when a final assessment of a balance has been made, but the taxpayer has reason to argue that they simply do not owe some or all of what the IRS says they owe.

A Doubt As To Collectibility Offer, by far the most common type, is essentially the taxpayer admitting they owe taxes, but, after considering all the equity in everything they own and their monthly income after allowable expenses, they still cannot full pay what they owe.

The third type of Offer, though, is the Exceptional Circumstances Offer In Compromise, or Offer In Compromise based on Effective Tax Administration. To shorten that, I will refer to it as an ETA Offer. This is available to taxpayers who agree that they owe back taxes, do not qualify for the Doubt As To Collectibility Offer because they have enough assets or income to pay their balance in full, but their situation is such that it would be patently unfair for the government to force the taxpayer to pay. It is a rare case, but the government established the ETA Offer to account for life’s gray areas.

It is important to understand that the IRS will always consider eligibility for the first two types of an Offer before considering an ETA Offer. If they can resolve the case based on bright-line rules, they will. As a last resort, if the taxpayer’s circumstances make them ineligible for the first two types of Offers, the IRS may consider a taxpayer’s request for an ETA Offer. I will discuss the general criteria for an ETA Offer below. But first, I think it would help to give an example.

Last year, I secured approval of an ETA Offer for a client (“Jane Doe,” and her husband “Jim”) in a difficult position. Jane owed certain taxes as a result of a business she helped to manage. The balance was under her name but not her husband’s. The business, though, had long since shut down. And, she is past retirement age. So already her potential for future income is greatly diminished. However, she and her husband have equity in their home. That equity is sufficient to pay the entire tax liability if they were to sell it or take a loan out on it.

The problem, though, is that Jim has significant health problems and is also past the age of retirement. His health condition is such that he is simply unable to work. So, Jane is the only person capable of generating household income. But like I said, she is past retirement age too, and really doesn’t have many job options.

While they could sell the home and pay off the tax debt, that would then require them to find a place to live that they could afford on her minimal income. Currently, they do not have a mortgage payment. Their income is rather set and trying to afford a large expense like rent would be impossible. Thus, selling their home and using the proceeds of the sale to pay the IRS would likely render them homeless. Should the government be in the business of forcing the elderly into homelessness?

Likewise, forcing them to take out a loan on the equity in their home would not be financially viable. That would create another monthly expense in the form of a mortgage payment that just does not fit in to their fixed budget, similar to a rental expense if they had to move. There is a high likelihood that they would fall behind on that loan, the bank would foreclose, and Jim and Jane would once again be facing homelessness.

Worse, Jim’s health is not only so bad as to prevent him from working, it also requires Jane to spend significant time tending to his needs. His memory is so bad that he has wandered off and forgotten how to get home. The memory lapses also cause him to forget to turn off appliances which can be a fire hazard. Jane must keep a vigilant eye on Jim in order to prevent him from leaving the house and getting lost, or even burning the house down. Having lived in that particular home for over forty years allows Jim at least a small semblance of familiarity in the face of great challenges with his memory problems. Forcing him to move would be a catastrophe at his age and in his condition.

Given these circumstances, we assessed their case and determined that, despite being able to full pay based on the equity in their home, we should attempt an ETA Offer.

We made the case that forcing a retirement age couple into a financial situation that would likely cause them to lose their home is not the fair and equitable thing for the government to do. And, placing a substantial burden on someone with significant health problems is also contrary to public policy. Accordingly, I was able to convince the IRS to accept just $101 as settlement for a liability of approximately $111,000.

So how does the IRS determine when to approve an ETA Offer? The IRS considers three things: hardship, public policy, and equity.

Economic hardship is the first consideration, but it is only available to individuals. The case I outlined above is a good example of an economic hardship ETA Offer. Under this guideline, the IRS checks for an inability to earn a living based on age, disability or medical condition. The IRS also looks to see if the taxpayer might be caring for someone who has no other means of support. Finally, the IRS also wants to know if the liquidation of assets would render the taxpayer unable to meet basic living expenses.

Jane Doe’s case met all three criteria. Her age precludes her from earning much more income. Her husband is dependent on Jane and her income. And, the sale or refinancing of their home would increase their expenses to the point of rendering Jane incapable of meeting their other basic living expenses.

The other two considerations, public policy and equity, are given for both individuals and businesses. Indeed, the IRS will grant an ETA Offer to a business if they can make a strong enough case. These considerations are not given such clear guidelines as hardship, though. They are really more of a catch-all to allow the IRS some leeway to grant an ETA Offer in the most unusual of circumstances.

One example of a public policy case would be if the taxpayer has documented proof that an IRS agent gave them false instructions on which the taxpayer relied and that reliance directly resulted in the taxpayer owing money to the IRS.

Under an economic hardship ETA Offer, the IRS is going to analyze the financial information to determine if there is a portion of the taxpayer’s income or assets that could be used to pay down the tax debt without creating a hardship. That amount would then be required for the Offer payment.

Under the public policy or equity considerations, the IRS expects the taxpayer to offer a payment that is fair and equitable under the circumstances. Nominal or token amounts are not expected to be accepted. Generally, it is the taxpayer’s responsibility to determine what this might mean.

Finally, it is important to note that for any ETA Offer, the IRS also considers the taxpayer’s compliance history and whether the taxpayer has taken deliberate actions to avoid paying their taxes, or encouraged others to refuse to comply with tax laws. Even if the taxpayer might be eligible for an ETA Offer, if the IRS sees any such track record from the taxpayer they can still deny the Offer. Intentionally circumventing tax laws erodes any good will the IRS might have towards a taxpayer’s plight.